SICILY – The home of the Targa Florio

THE ISLAND WHERE THE PASSION FOR MOTOR SPORT WAS BORN 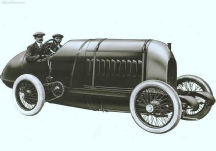 A dramatic race film, incorporating amongst others, the Fiat driven by Nazzaro, who won the 1907 Targa Florio,  and the 1913 Nazzaro Corsa which Nazzaro drove and won the 1913 GIRO round the entire 600 grueling miles of the island.

The setting for the film will be the 92 mile evocative Grand Circuito della Madonie amongst outstanding mountain scenery and through medieval villages unchanged since  the days of Nazzaro’s triumphs.

However, the film is not just about motor racing. It recreates episodes of Vincenzo Florio’s life , an enthusiastic race driver himself, from the pranks he got up to as a teenager to the evolution of the eponymous Targa Race series during The Belle Epoch.

These races were the longest running road events in the world and were finally stopped in the 1970’s with the inevitable Health and Safety concerns.

We have now completed 40 days shooting on location and a new trailer will be released shortly as a promotion to aid distribution.

The final feature film is now in Edit and will be completed in Spring 2015. It is hoped to release a cinematic version later in the year.

In 2014 we returned to complete the drama with  11 Edwardian race cars built before 1919 ; significant  motors such as a 1913 Mercedes Grand Prix, a 1903 Panhard which took part in the ill-fated Paris – Madrid race and a 1908 Daimler Targa Florio model. In addition, Alain de Cadenet brought his magnificent 1931 Alfa Romeo 8C in which Nuvolari is thought to have won the 1931 Targa Florio.

Never before has such a prodigious collection of period cars been staged in a race setting on an original road circuit in Italy.  However, behind the drama of the races, the human dramas  are expounded by the imitable FRANCESCO DA MOSTO , who  experiences the thrills of riding mechanic in some of  these monstrous cars and ALAIN DE CADENET, racing driver, playboy, winner at Monza and Silverstone, 3rd at Le Mans in his own prototype car and placed in the Targa Florio GT Class in a 911 Porsche. “The Renaissance Man”

This formidable Team, not only present and narrate this epic story, but meet and discuss memories of the races with local Sicilians. Francesco, who is half Sicilian himself, provides the conduit for the viewer to experience the emotions, passion and love the people of the Island have for Florio and the races which have dominated their life since the start of the Century. The Passion continues today……………..